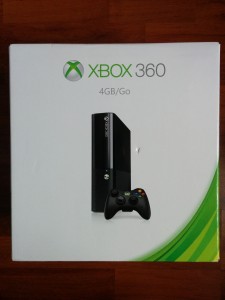 Isn’t getting this for $80 a bargain?

Okay, here is a headline that will take your breath away. Correct? I’m suggesting that you buy an outdated xbox 360 and not a Xbox One? Correct, that is exactly what I’m suggesting.

If you’re like me, you’ve got an original Xbox 360 console. Know the white one? Perhaps you’re like me. Ah, but this isn’t my first white Xbox 360. In fact I got the dreaded RROD, aka the Red Ring Of Death. That meant shipping off the console and getting one in return. Microsoft was so familiar with this story, that the return procedure was more than pleasant. Yes, except for the waiting part. Let me not forget to mention that it killed off about 3 DVD movies of mine before going RROD. So this “new” white Xbox 360 is also now on the fritz. Is yours on the fritz? Perhaps it isn’t but I can almost guarantee you that it will at some point in the next while. So this second white Xbox 360 killed my Call of Duty Modern Warfare 3 disc. It seems that I enjoyed the game too much and the Xbox decided to burn a nice circular pattern in the bottom of the disc which deemed it DEAD. I instead rented (yes if you can believe that you can rent Xbox 360 games in 2014) and installed on my hard drive. The ruined disc is needed to be in the drive, but so long as the important information can be read, then the Xbox 360 will play the game from the installed version on the hard drive. So my advice now, regardless if you care to follow my purchasing suggestion is to install games on the hard drive and play them that way. Yes all you white Xbox 360 owners I’m talking to you! 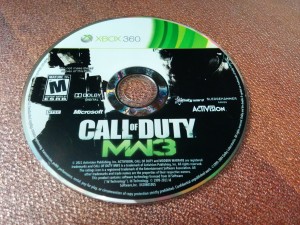 Do you have a game that you love so much that it just stays in the Xbox 360? This was that game for me. If you’re using a white Xbox 360, it’s time to take a look a the underside of the disc.

The point is, even though I am using my replacement Xbox 360, I have ZERO confidence that it’s going to last. Given the fact that the Xbox One can’t play my Xbox 360 games and given the fact that the Kinect does offer some entertainment still to my children, I made a choice. I’ve decided to invest in a brand spanking new Xbox 360. So here I am once again supporting Microsoft and their gaming console even though they destroyed (in their defense, they say RROD and disc scratches are the result of owner mishandling of the console) about $100 or more of my games and of movie DVDs, I’m once again supporting them.

Here is the kicker though. I’m only suggesting this plan of action because of price. I’m telling you right now that I spent $79 CAD for a Xbox 360 E Version (4GB storage) in mid 2014. Oh yes, with Black Friday 2014 and the Christmas 2014 shopping season, there is no question that the $80 Xbox 360 deal will return. 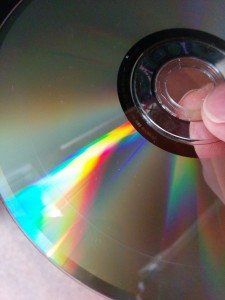 See that perfect circle groove? I didn’t until it was too late. Click on this image for a better look at the circle of death.

So let’s break this down from a logic perspective. You can use the Xbox 360 as a media player regardless if you opt not to play your older games on it. If you have or want Telus Optik TV, you can also use it as a DV Box (costs a fee). In addition, if you are a Shaw or Rogers internet customer, you can use that Xbox 360 for the newly launched Shomi streaming service (competitor to Netflix). Expect in the future that you could, if you’re courageous, make this into some type of customized media box. That will require modding, but in a couple years you may decide that it’s something to gain in terms of usability. Lastly, you can also use it for a Netflix player. Am I making sense here? But let’s not forget the biggest reason here. It’s a great purchase so that you don’t end up with RROD and have nowhere to run or rant.

So let’s look at $80 for the Xbox 360 console. Sure it’s only 4GB storage compared to what you likely had which was far more than that. Don’t fear too much because you can do what I did which was get a super cheap Sandisk USB drive of 16GB and transfer from your old Xbox 360 to your new one. In fact you can add 2 USB drives making it all the way up to 32GB storage on that measly 4GB edition Xbox 360. There are some hiccups when moving files from your original console to your new one, but I will tackle that a little bit later.

So consider how wonderful the Xbox 360 controllers are. You can also use them wirelessly on your PC if you get a USB dongle (not necessarily cheap but an official Xbox 360 controller for Windows does come bundled with the USB dongle). That usage will far outlast any Xbox 360 game. So consider the best price you’re going to get on a controller in 2014 will be around $34. Therefore that $80 console, less a $34 controller, actually cost you around $45. Yes, that’s $45 for the console which as previously mentioned will have usage far beyond just playing outdated Xbox 360 games.

I strongly suggest looking at buying a replacement Xbox 360 this shopping season. Don’t pay more than $80 for a 4GB Xbox 360 E model. Some deals may give you a $50 gift card to get the price down to $80, but if the retailer is one you use such as Walmart, that $50 gift card is as good as savings.

Seems a bit silly to review a console that’s quickly becoming outdated. Instead, think of this as more of a guide of how to move from your old Xbox 360 to your new one. You can do as I’ve done and hopefully this review slash tutorial will explain things clearly and make it an easier transfer for you.

You can of course buy a new hard drive for this Xbox 360 E, but that would mean more investment money into a dated system. I certainly don’t like spending more money on old technology, but perhaps you’re in a different situation.

So this Xbox 360 has some new features and some deductions also. Take a look at the front and rear of the Xbox 360 E. 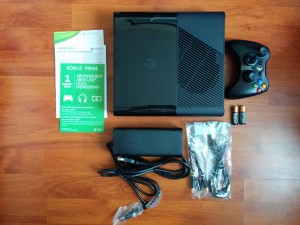 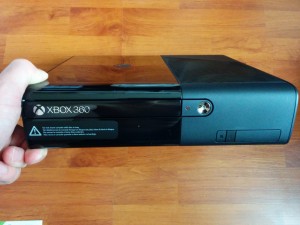 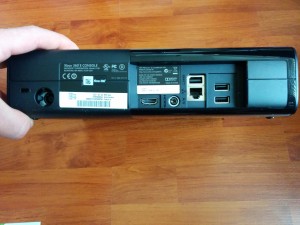 The photo that’s most important here is the rear photo. Here you can see a much different configuration if you’re coming from one of the original white model Xbox 360 models. Note that the Xbox 360 E model has built in wifi. Notice that there is no option here for optical audio which is something I had setup on my white Xbox 360. So it appears that accessory is no longer usable. Oh well. This means you’re using coaxial cables for audio (not advisable) or you are going to need a HDMI port on your amp so that you can get true quality audio from your console. This really depends of course on your setup and perhaps you’re inputing the HDMI cable into your TV and then feeding out optical audio or HDMI out from your TV into an amp or sound bar. It’s just worthy of noting that you may have an issue here regarding audio connections.

I’ve done a bit of looking around and have read that this version of Xbox 360 is not like the ones of old. The overheating which lead to the dreaded RROD is a thing of the past because the innards have been altered for better heat dissipation. Expect this console to last!

Moving content to a new console isn’t overly difficult. You will need a USB drive and I suggest one or two Sandisk 16GB drives. Since this is my first time messing with this, I did realize that games which are installed, will not transfer over. This means when I plugged the USB drive into the new Xbox 360 E console, I had to fiddle with licensing rights. Basically you need to sign into your account on the new console and transfer ownership to the new console. At that point you view your download history and download the games and content that you had on your old console. So to start off there is some downloading to deal with and a couple system updates. I’ve had a couple issues with a few items not transferring onto the USB drive from my old console, but I’ve yet to determine whether these items are going to be missed on the new system. It appears that I have some saves on the archaic Xbox 360 memory unit which are not transferring to the USB drive because they show as being duplicate. A bit of a pickle but not the end of the world. What I will do is move those files with conflicts onto my secondary USB drive and sort it out later.

To compare the white version Xbox 360 to the E version, I’m happy to say it’s less of a monstrosity. Even the power brick is smaller. Not by a lot, but at least it’s not the size of two bricks! So the bottom line is that it’s black (more compatible from a cosmetic perspective with 90% of most TVs and other audio related devices like amps) and it’s going to take up less space on your entertainment center. 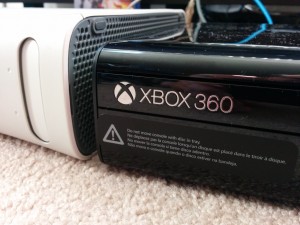 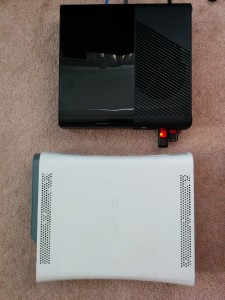 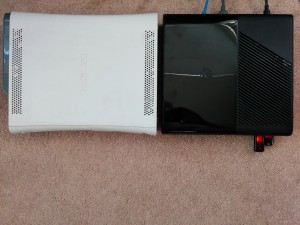 Nexus 9 in Canada – All You Need To Know
Nexus 6 – Should You Buy One?