Samsung has already teased that the Galaxy Tab S3 announcement is going to take place during the Mobile World Congress 2017 show, and from what we’ve heard about the tablet, it is definitely going to be able to deliver a decent level of performance from an Android tablet. However, more often than others, you don’t need a tablet to be powerful; we have smartphones for that. Sometimes, you just need an Android that will actually give you an advantage for purchasing a device that comes with a larger screen.

For the longest time, Android tablets that came with a larger screen were used for entertainment purposes, and because there were very few things you could do when it came down to using the slate as a laptop alternative, perhaps that is why such tablets didn’t popularize whereas their other variants which are known as 2-in-1 or hybrids have improved and sold well.

According to Sammobile, the Galaxy Tab S3 is not just going to come with a stylus option, but the rumor also states that the tablet will have a keyboard accessory that you can use to transform the tablet into a suitable laptop alternative. The Google Play Store has several office applications that users can take advantage of but because Android functions quite differently compared to Windows 10, it will definitely take some getting used to.

Galaxy Tab S3 has been rumored to come with a 9.7-inch screen with a resolution measuring at 2048 x 1536. Previous leaks suggested that the tablet was going to ship out with an old chipset, but we are glad that the following leaks showed a Snapdragon 820, and 4GB of RAM. The slate should be available to purchase in the 32 or 128GB internal storage variants, and the rumored price tag of the tablet is said to be $599.

That isn’t exactly cheap but if Samsung provides the stylus and keyboard accessory with the tablet in that $599 price bracket, then you guys should give it a thought on making an upgrade. 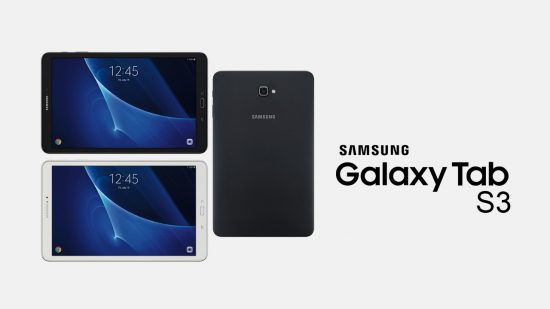 We just got our Zenfone 3 Deluxe (ZS570KL) – First Impressions
Two models of Galaxy Tab S3 are rumored; one of them could come with the S Pen