By President, Techaholic Inc. on February 2, 2017 in Apple, MacBook

Apple is slowly moving to possessing complete hardware over its products. Its iPhone and iPad family are running chipsets designed by the company itself and pretty soon its notebooks might feature the same chips, but at least not right now. Since Intel is the only reliable manufacturer that produces processors fit for notebooks that combine efficiency and performance, Apple has no choice but to continue partnering with it. However, one report from Bloomberg states that your future MacBook might feature a custom-designed chip based on ARM’s latest architecture.

To bring you closer to understanding what we’re talking about, Apple’s latest MacBook Pro that ships out with the Touch Bar feature; this particular feature is being controlled thanks to the T1 chip that Apple designed. According to internal reports, the T310 is the codename that will be found in Apple’s next MacBook. So what exactly will this do? Well, the reports claims that it will function as follows:

“Apple engineers are planning to offload the Mac’s low-power mode, a feature marketed as “Power Nap,” to the next-generation ARM-based chip. This function allows Mac laptops to retrieve e-mails, install software updates, and synchronize calendar appointments with the display shut and not in use. The feature currently uses little battery life while run on the Intel chip, but the move to ARM would conserve even more power, according to one of the people.”

An ARM-based processor running in the next MacBook will mean that Apple will have even greater control over hardware and coupled that with software, you have a dangerous but very effective solution present. However, since Intel’s processors outperform ARM’s chips by a huge margin, the most that Apple can do right now is design a chip that will work alongside Intel’s processor and intelligently control battery to help future MacBook owners get even more life out of their notebooks.

When better ARM architectures are introduced, we might actually get to see an ARM processor-only MacBook on sale in the future. 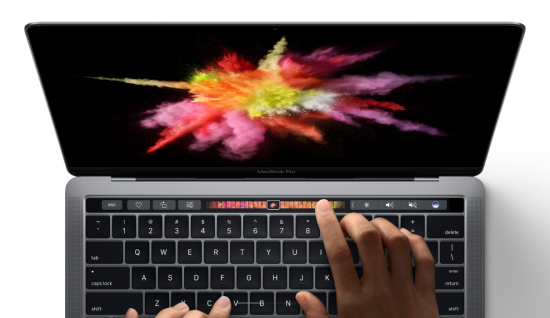