Asus showed off a number of new, slim and light laptops at Computex 2017 in Taipei, Taiwan in late May this year. Most times the products revealed by Asus at Computex take months and months before coming to stores. In a wise move, Asus is seemingly a lot quicker in offering their showcase products this time around.

The VivoBook S Series consists of the S510UA which is affordable, but not exactly budget either. This laptop comes in two versions with only a couple differences. One version has an Intel Core i5 along with a 1TB HDD and the most premium model sports an Intel Core i7 processor along with a 128GB SSD and 1TB HDD.

For the most part, these laptop models are identical. They sport a narrow bezel FHD 1920 x 1080 display, 8GB RAM along with a multitude of ports. In fact the S510UA has pretty much every port you would want or need in 2017 with the exception of a Thunderbolt 3 port. It comes with a finger print sensor on the touchpad and a backlit keyboard as well.

Unfortunately if you’re looking for some extra gaming prowess, both of the VivoBook S510UA models are only available with Intel integrated graphics. 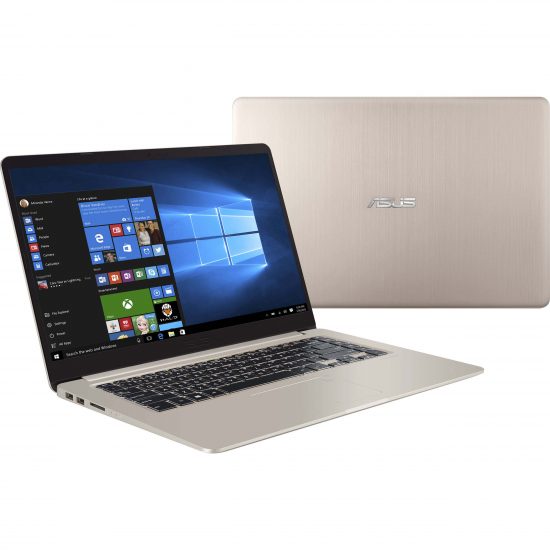