By President, Techaholic Inc. on November 12, 2014 in Gaming, Reviews 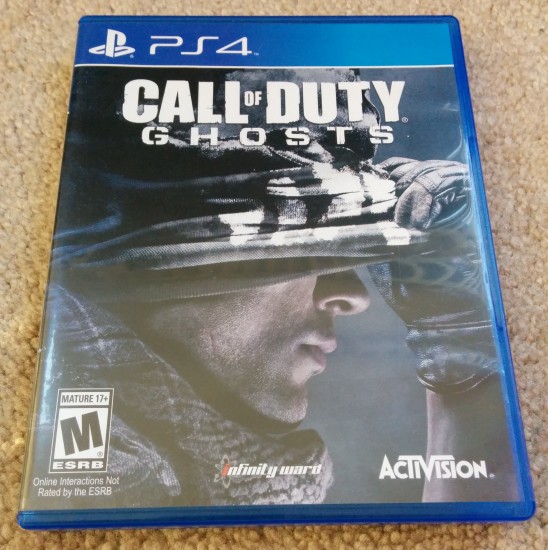 How can I offer up a review of Ghosts when the latest and greatest Call of Duty: Advanced Warfare was just released? Simple. It’s called a cheap video game and this review will assist you in deciding whether you should buy it or not.

Obviously there is a core audience who buys every new game that comes out, but sometimes there are people shopping for great video games on the last generation console or are people looking for video game deals. Certainly the release of the new game, Advanced Warfare means the price of Ghosts has dropped significantly.

If you read a lot of articles and reviews about COD Ghosts, there is an AMAZING amount of negativity. It’s called a hardcore fan base who have extreme expectations. That’s fair enough, but after playing through Ghosts, I feel a lot of the criticism is unjustified. If you paid a full price at the time of release in 2013, then perhaps some frustration is justified. But when you put the costs of the game out of the equation, is it good enough to recommend?

This is going to be a general, wide ranging review. I want to give you a sense of whether this game is worth buying and I’m not going to get into detailed gameplay mechanics. I would say that if you’re shopping for a first person shooter for a cheap price, then Call of Duty: Ghosts or Battlefield 4 are likely at the top of your list.

I am reviewing the PS4 version of Ghosts, but I realize that the Xbox 360 and PlayStation 3 versions are something you might be looking at. Because of that I won’t focus too much on the graphical quality. Just be assured that it’s about as good as anything that was released for the Xbox 360 and PS3. As for the PlayStation 4 and Xbox One versions, this game was a launch title, meaning the polish might have let people down somewhat. What I can say about the graphics is that they are good, and provide a level of detail when playing on a HDTV that allows for enjoyable long distance shooting and aiming. Nothing is muddy. You can aim for some challenging headshots at long range and not feel like you are shooting at blurry objects. When hits are made at long distance, the detail of the enemy give you a clear indication that you’ve hit, missed or killed the bad guys.

Looking at the campaign, many gamers criticized that it was short. Perhaps it is not long, but I can tell you that it is wide ranging. I mean that this game takes you in a great many locations and environments which includes underwater and in outer space. The variety of the terrain keeps the game interesting. If you compare to say, a Halo campaign, there is a lot of sameness in Halo environments. This is not the case in Call of Duty Ghosts.

One aspect of first person shooters is in realism. It’s the feeling of being in the game. I can tell you that for me, I got those intense feelings commonly known as adrenaline throughout various aspects of the campaign. The best way to describe the single player campaign is that you will feel like you’re playing in an action movie. It’s not just about shooting. As the story moves along, you will be scrambling to follow the on-screen commands that pop up in an instant. In other words, even when you’re watching what appears to be a cut scene, you might be required to press “R2” in order to make an escape. If you’re too slow, that could be your death. Many times throughout the campaign, you get thrown these curve balls. I found this to make the story engaging and thrilling. I was on edge.

Another terrific aspect of the single player campaign is the quality is voice acting, along with a solid story. I’m sure you’ve played games in the past where the voice acting is sub par and it brings down the whole experience. This is an opposite situation with Call of Duty Ghosts. The actors are spot on, engaging and once again bring you into the movie as it were. It shouldn’t be surprising that Activision and their developers nail it in this series. There is a reason that it’s the best selling game franchise on the planet.

I’ve mentioned that there is a lot of variety within the single player campaign. It’s not just about shooting a gun. During various sequences you will take command of attack helicopters, tanks, and other devices of destruction. At times you need to learn on the fly why the action is hot and heavy. This ads to that engaging and adrenaline pumping gaming experience that I commended Ghosts on.

The real bread and butter in the Call of Duty series is the multiplayer. I’ve spent a good number of hours playing online and it provides a lot of fun, which is what it’s all about. If you’re wondering about offline and splitscreen opportunities, the most you can do is 2-player splitscreen. Yes, this is a disappointment for many, including myself. Black Ops 2 is still your only option for 4-player splitscreen multiplayer COD. That said, at least in Ghosts splitscreen you can add bots which will make things more enjoyable. One good aspect of buying a Call of Duty game late is the fact that your should still find a solid amount of players online. The rooms will still fill up when you’re on PlayStation Plus or Xbox Live. Regarding a co-op mode, there is Extinction which is a 4-player co-op game mode, but still maxing out with 2-players on a single console. This is essentially Ghosts version of Zombie mode.

I fully enjoyed Call of Duty Ghosts even at the price point I paid for it. Considering that you might find this game new in stores for $20 or less, I say buy it. Forget about the negativity out there. This game is by no means a dud. The fan base spoke loudly with their disapproval, but don’t let that scare you from playing this game. 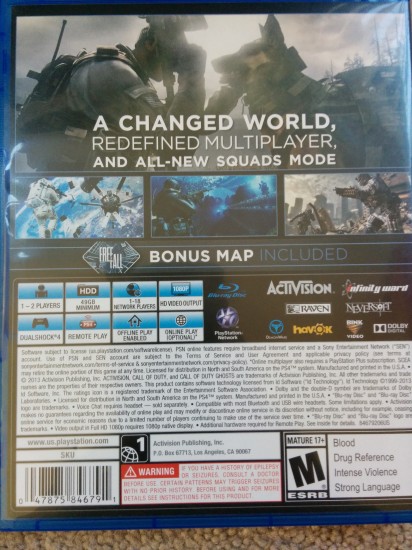 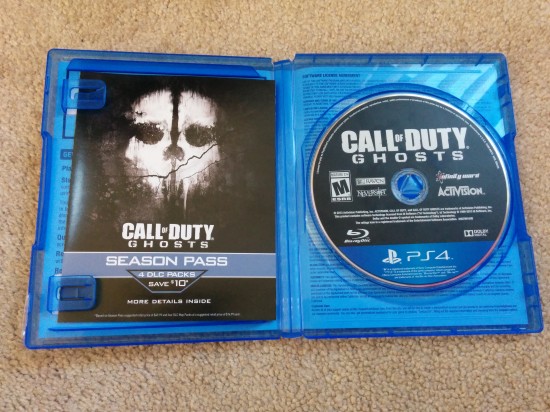 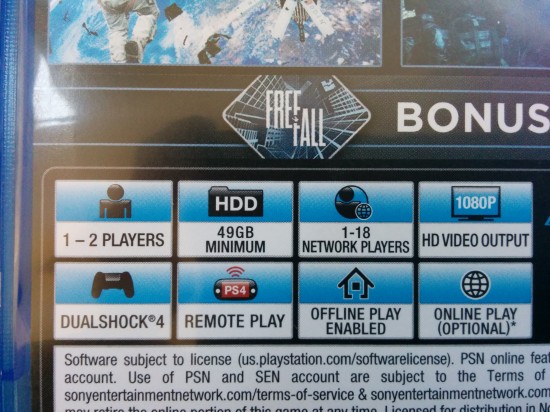