With the entrance of newer technologies and research, manufacturers have been able to take big gambles like the Honor Magic and the smartphone might look unusual compared to the rest of the competitors, but it looks something that actually came from the future. Not only is it big on hardware specifications, but Huawei has managed to place something called Magic Live.

Magic Live is what Huawei refers to the intelligent speech assistant running inside the Honor Magic and it is able to anticipate and provide suggestions to the users similar to what Pixel’s Google Assistant is capable of doing. The smartphone itself packs a dual curved edge display with a 5.09-inch AMOLED display. Processing power is going to be more than enough because the smartphone features a Kirin 950 chipset. The disappointing thing about it is that it is still running Android Marshmallow. Hopefully, sometime in the future when it gets updated to Android Nougat, it will come running with more features.

According to Softpedia, the AI assistant running in the Honor Magic will receive continuous updates in order to exemplify the experience for the user and is also said to learn things by itself so it can provide accurate suggestions to the user over time. Due to its smaller screen size, Honor Magic only features a 2,900mAh battery, but its fast-charging function means that it will be able to provide you with sufficient juice after being plugged in the wall for a short amount of time.

Just like previous high-end Huawei smartphones, even the Honor Magic comes with dual-12MP rear camera and through the magic of software, can provide images and videos that will probably rival entry-level DSLR cameras. Huawei has not said if the smartphone is going to be a global announcement and even if it isn’t, consumers can still order the handset through online stores and set the delivery destination as their home address. 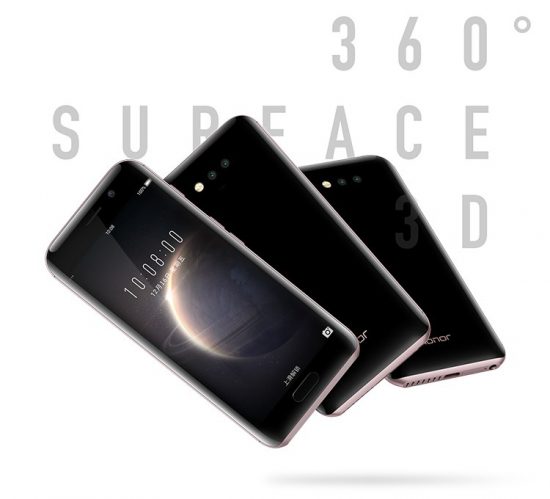