By President, Techaholic Inc. on August 10, 2018 in Android, Gaming

Fortnite on Android is a big deal for many different reasons. If you comb through the list of compatible devices, something stands out like a sore thumb. 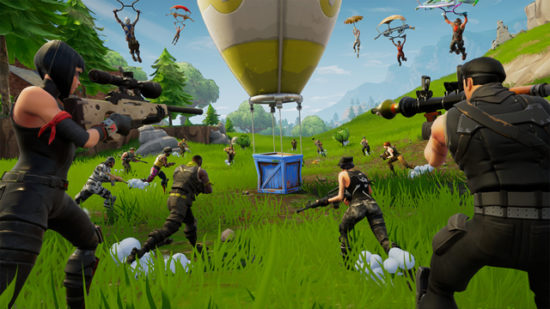 Android tablets, where art thou? Samsung has some love from Epic Games because their Tab S3 and Tab S4 are listed as being supported but that’s about it for Android tablets thus far. This release is considered “beta” so that may be part of this, however, this is nothing short of a missed opportunity or so it seems.

Apple has support for their iPad models with Fortnite. Android showing almost exclusively smartphones as supported devices, it makes me wonder what the thought process is. The headlines over the past number of years? Tablet sales down. Little has been done to rectify or really understand the apparent demise. I have one theory. People all bought tablets and they are all working just fine even today. There has been very little, if any reason to upgrade to a new tablet and if people have been updating, most have opted for an iPad.

So when I see no tablets listed in the Android Fortnite compatibility listings, I say shame. It’s shame on the industry as a whole though. If it’s me, I’m going to Epic Games and figuring something out so that my company’s tablet can find it’s way onto the list. It’s a big selling point!

If you could play Fortnite on a 5-inch or 6-inch screen vs. a 10-inch or 8-inch screen, what’s the better experience? It’s obvious. A tablet is a far more viable gaming option than a smartphone.

Certainly it’s possible that there aren’t enough high powered Android tablets to run Fortnite. Again, shame on the industry. This is that golden opportunity to create something good enough to be considered powerful enough for gaming. Embrace the mobile gaming space that is growing these days! Wouldn’t that be a pathetic thought that there are only two Android tablets in existence that are capable of running Fortnite on Android?

See, the fact of the matter is this. Gaming is one missing ingredient for the Android tablet market. Making older hardware obsolete is exactly what games can do. And that very basic understanding is what can create tablet sales again. But instead you have a bunch of companies convinced that people don’t want Android tablets which is not the truth of the matter. Why am I still happy and using with my ASUS M302C from 2013?

The people out there need a reason to upgrade and Fortnite is that very opportunity! Companies should be helping Epic Games because their success can be shared. The very success of Fortnite on Android could help Android tablet sales. But for now? Apparently executives are out to lunch on this one.