Update Feb 26, 2016: Nothing has been confirmed by Take Two, however, Strauss Zelnick (CEO) has said in a recent interview that the company is bringing “new IP” and as for E3 in June 2016, Zelnick says they will “be there in a big way”. [source: MCV] Opinion: So this is quite interesting. That one so called “fake” screenshot indicated a Summer release for 1977. With E3 in June, that’s cutting it awfully close for a summer release. Pre orders these days have been almost a year out for some games. So it’s entirely possible that this new IP could be unveiled during E3 and then have the release date for 2017. It’s hard to imagine a game like Agent 1977 only have a few months of hype behind it prior to a launch. I say Rockstar milks the hype for a good 8 to 12 months prior to a release. Who really knows for sure. What we do know for sure is that Take-Two is going to be a E3 with some big news.

Update Dec 22, 2015: A very intriguing leak just happened. There have been next to no leaks which makes this perhaps the biggest news regarding Agent. This leak involves a number of screenshots taken from Agent environment designs that show various buildings and a city or town. This leak comes from a former Rockstar artist who worked on Agent previously. There is some debate right now about this news. At time you might ask yourself if this is coincidence or not. If this source gets taken down, then perhaps it validates this as being unintentional. On the flip side, sometimes there are interesting ways to create buzz around a new game and leaks are one way to start the excitement. The originator, Darren Charles Hatton posted these images on his resume aka web page. Why would an artist looking to work for another company leak images which would be owned by a former employer? I don’t think that would exactly make him a star candidate by showing a lack of trustworthiness. A slip up on his part perhaps? This would be a pretty major mistake given the amount of anticipation surrounding Agent 1977. Some opinions suggest these are very much “last generation” looking. The resume page of Darren Hatton indicates that this was in 2009 to 2010 when he worked on this.

What the heck does 1977 have to do with the much speculated Agent game from Rockstar? Read on.

Rockstar is a true powerhouse in the gaming industry. Their name is accurate; they are indeed the rock stars of the industry. These guys are the masters of massive sales and games that don’t require a yearly purchase thanks to infinite amounts of replay value. There really is no better video game value than what Rockstar releases. You are going to get hours and hours and hours of enjoyment from that $70 game purchase and few companies can say that.

The one quibble I have is the secrecy around their next project. What is the “next big thing” from the world’s most intriguing game developer? I am going to toss around a suggestion here and it’s being done without any insider knowledge. I can only speculate with an eye on the details released so far and this is the best I can do at this point. However the excitement level and anticipation level is growing each day. People want an answer to this question:

What’s next from Rockstar? 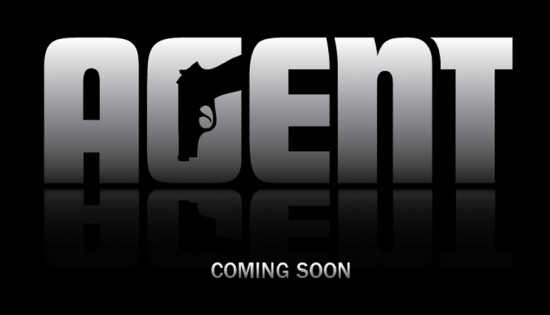 A splash page that has existed on the Rockstar Games website for years.

Take-Two, the parent company of Rockstar Games, owns the “Agent” trademark. Just this past Spring they were granted a third extension. I am not a lawyer, but getting an extension once, let alone three times for one trademark is a real stretch. In order to get an extension, a person must show a legitimate intent of using the mark. Take-Two would not just be able to make up some fictional story as to why they need to keep the trademark with the USPTO. They must use that trademark as filed and do so within a certain time or they risk losing the trademark entirely. The fact that it’s a third extension says a lot here.

Forget about another Red Dead for now

Here is something that cannot be understated. Forget about a new Red Dead game. Pause and think about this. A new game from Rockstar is likely to come in the Summer 2016. That game will be their only release likely for 2 to 3 years. How on earth then could Rockstar push Agent even further back? They are going to request trademark extensions all through the next 2 or 3 years while a new Red Dead game is out? No way. In addition, consider how many years Agent has been worked on. You are going to tell me that it’s going to get another 3 year delay? That would be nothing short of ludicrous.

Rockstar runs one of the tightest ships, if not the tightest ship out there. Their team is obviously sworn to secrecy and leaks are few and far between. Rockstar is about the best at keeping their IP’s under lock and key.

So what is 1977 and how does it relate to Agent? I won’t post the screenshot here, but an odd screenshot did appear online briefly. It was scrutinized and passed off as a fake. However, how many faked images come out these days? Sure you get leaked details, but do people really spoof a screenshot or promotional image?

Yes there were some sketchy or puzzling aspects to the leaked screenshot. The release date however was bang on. Summer 2016 and that would be about right for a new game. The logo shows 1977 and not mention of Agent anywhere. The consoles listed are PS4 and Xbox One. There is a hashtag #1977GAME on the screenshot as well. The image shows what appears to be two men, blurred out, in the background. What’s visible though is that both those gentlemen are sporting a 70’s hair style. All the elements sees logical at this point.

There is however a gun along side the 1977 logo. This gun is blurry and stands out because nothing else in the screenshot is blurry. The gun is the same gun that appears in the Agent logo. So why is it blurry? As someone has pointed it, perhaps the screenshot itself is captured from a trailer. Perhaps that logo and gun has some motion to it. Why make a fake look so good and then get sloppy on the gun image? That doesn’t make a lot of sense.

Back to some subtleties, the original Agent logo features a reflection effect on the letters. That same reflective quality appears in this image as well with the 1977 text and pistol having a reflection. It’s consistent and that’s something which may indicate authenticity.

I can say that the alignment of the parts (text and logos) all seem logical and geometrically correct. Nothing seems amateurish about it. Would someone really go to this extent to fake something? If they did want to trick the internet with a spoofed image, how come it didn’t show up everywhere? After all if you’re spoofing you would want it to spread like wildfire and you would plant it everywhere possible. The fact that this mysterious image is almost impossible to find, I suggest the likelihood of a spoof gets less likely. Create something like that and not try to spread it around makes no sense.

The initial official statements about Agent say that it’s from the Cold War era in the late 70’s. Near the end of the Cold War is what Rockstar previously said. I would expect the time period to have changed since those initial comments years ago. So a 1977 date makes a lot of sense based on what is officially on record about the game.

Agent takes players on a paranoid journey into the world of counter-intelligence, espionage and political assassinations during the height of the Cold War at the end of the 1970s.

I could also see the beauty of having a year in the title as opposed to say, Agent 2, Agent 3, etc. Rockstar is already using that numbering system with Grand Theft Auto and I’m sure they don’t want to something as predicable as that. More so, consider that a sequel to Agent: 1977 could be Agent: 1965 for example or Agent: 1984. That’s a bit more interesting that just Agent 2. If Rockstar can jump around in years, then they can make very interesting time pieces with completely different technology in the game and the settings will be quite different. Using 1977 sets things up very nicely indeed.

Also the 1977 helps Rockstar distinguish itself a bit from what’s already out there. If you dig around and search Agent related terms, you’re going to see Agent movies and other Agent video games like Rogue Agent and Splinter Cell Double Agent. I think putting in a year like Agent 1977 really does create some uniqueness that helps the game stand out which is important these days.

Considering that Agent hints at a 007 spy influence setting, don’t you think that having numbers in a name makes some sense? Sure Agent 1977 is not James Bond 007, but it still shows a hint or influence. There is no shame in targeting the James Bond audience because video games have been starving for another masterpiece ever since Nintendo 64 GoldenEye 007.

When will Rockstar announce Agent 1977?

If we consider 2016 being the actual launch year (and we believe it to be true) then a summer 2016 date is ideal. The fall 2016 is when most everyone else releases games and we know from history that Rockstar likes to do things their own way, on their own schedule. They like to have the floor to themselves.

So given a summer 2016 release date, announcing Agent in 2016 is not logical. Six to eight months for pre orders and proper marketing and promotion seems like a key right now.

The Game Awards 2015 is on December 3rd and there are supposed to be 10 world premiers happening. Could Rockstar be one of them? Likely not.

The fact is Agent was originally slated to be a PlayStation exclusive. Most believe the chances of Agent being an exclusive are slim to none at this point, however it only makes sense for Rockstar to make this a special release for PlayStation. Because of this history, I think a more likely announcement could come as PSX 2015 which runs Dec 4th and 5th. That time makes a lot of sense for a big splash announcement regarding Agent 1977.

Pre Order: When the announcement comes we expect pre orders to start immediately following that unveil.

PC Release: We don’t see any indicators aside from PS4 and Xbox One. PC gaming is going strong, but Rockstar will save a PC release for much later on.

Official Trailer: We hope to see an official trailer in the near future. We will post it here the moment it is released.