By President, Techaholic Inc. on December 7, 2015 in Movie Reviews, Movies

A James Bond movie for the most part has been consistently a safe bet. Spectre continues that trend and delivers much of what you would expect.

Spectre is a typical Bond movie with most of the trademark moments and qualities that you’ve come to know and love over the years. If you’ve enjoyed the previous Bond films featuring Daniel Craig, then you’re sure to enjoy this one as well. It’s not all good news though. Aspects of Spectre are lacklustre which points to bigger issues with the Bond movie franchise. I say it’s time for a refresh with a touch of modernization. 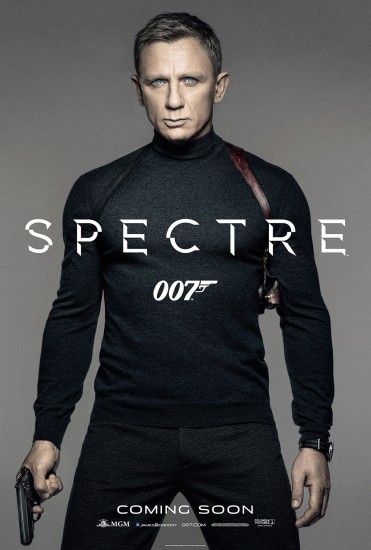 It has been quite clear that the brain trust behind the James Bond franchise has wanted the Daniel Craig era to be more about story lines and characters. After the downward spiral that was the Pierce Brosnan era, a change certainly was in order. The cliché moments and cheese has been largely cleaned up since the arrival of Craig as 007.

As bizarre as it is to say, I can’t classify Spectre as an action movie. Sure, the opening is action and there are brief periods of action, but I wouldn’t suggest that this is edge of the seat stuff. It’s not just an issue in Spectre; it’s becoming a troubling trend in recent Bond movies.

I understand the change in direction and that the cliché moments needed to be dialed back. But in doing so, something has been missing. I’ve been hoping with each new Bond film that we would get a bigger spoonful of action and gadgetry. In this regard, Spectre left me feeling a bit empty and disappointed.

I realize it’s in bad taste to mention Mission Impossible in a James Bond movie review, but I must. I just think at this juncture, Mission Impossible is providing the better action, more excitement and more interesting gadgetry. I feel the parallels between the two movie franchises are undeniable at this point. The troubling aspect of these similarities is that Bond movies are starting to lose out in the action department to Mission Impossible.

For the past number of Bond movies I’ve been longing for more gadgets. Unfortunately Spectre wasn’t able to deliver. When there were clear opportunities in the movie where a gadget or interesting weapon could have been used, it wasn’t. At a certain point I found myself questioning the logic of Bonds choices for weaponry, especially in such a modern setting.

So is the classic Walther PPK still relevant in a modern world? Once upon a time it was. Not to nitpick, but one action sequence in particular had me scratching my head. Bond opted to use his PPK in a situation where it simply made no sense whatsoever. I’m sitting there in the theatre asking myself why a PPK made sense. What about a cool gadget instead? Where is the rocket launcher? I’m not a stickler for realism in a Bond movie, but clearly there were opportunities in Spectre to utilize today’s weaponry and technology. Instead, they have opted to keep things old school even when it felt completely out of place.

I just get the sense that we’re starting to witness a 1960’s mindset trapped in a modern world environment. I wonder if the lack of technology and gadgetry is perhaps an indicator of a growing problem with the Bond franchise. Time is passing Bond by and the collective brain trust behind the franchise cannot bring themselves to terms with the need for change and adjustments that would be more suitable to a modern audience.

Take for example the extraordinary opening sequence from Spectre. Incredible opening with boat loads of action, but then it’s followed by the rolling of credits and theme song. This is typical of any Bond movie but I found myself particularly irritated by the credits sequence in Spectre. After an exciting opening it just goes to waste while the credits and song are played. I’m not sure if this is just me, but in Spectre the song and credits sequence felt long enough that you could take a bathroom break, buy refreshments, and return to your seats without missing a thing. I bet the sequence would still be running by the time you got back!

I just know that I would be fast forwarding or skipping past the credits and song if I had the option. Society and life these days is fast paced. Time doesn’t move at the same speed that it did ten or twenty years ago. Perhaps a long drawn out credit sequence at the front end of a movie made sense in years gone by. I personally feel that the time for that sequence would be better served by bringing the audience more action in the movie. At the very least shortening the running of credits and theme song should be considered. Any excitement that built up during the intro vanishes by the time the movie resumes. And given the lack of action sequences in today’s Bond movies, they need to hold onto whatever momentum they can gain from an opening action sequence.

It may sound like I’m dumping on Spectre, but that isn’t really the case. It’s a decent movie that has Bond saying and doing many of the cool things that we’ve all come to know and love over the years. For the most part it’s what you would expect. However the good stuff like action and gadgets are just too thinly spread out. I could look past the action shortcomings in Spectre if the other elements were stronger. Unfortunately the story and characters were average at best which means the lack of action and gadgetry became more glaring.

Spectre is decent, but not great. Dare I say it was a tad bit boring at times. I just hope that future Bond movies consider changing up the pace and have the courage to return to some more gadget and technology driven action. In my mind a refresh for 007 James Bond is in order. 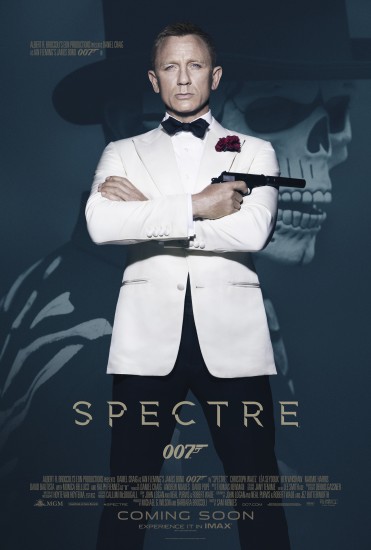