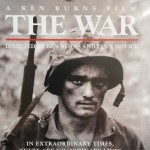 The War is a PBS documentary on World War 2 and is directed by Ken Burns and Lynn Novick. This is an encompassing look at the second world war from an American perspective. How ecompassing? The blu ray collection is six discs and runs about 15 hours, not including the extras. It’s not just battle footage, it’s far far more than that. It’s going to move you. It’s going to change you.

The visuals are stunning, shocking and sometimes unbearable to see. Considering most of the images and video clips are black and white, this perhaps lessens the shock value in seeing corpses and the dead. I just want to give fair warning that this is a “no holds barred” look at the war. There is no way to soften what happened in WW2. It was brutal and until you see the scope of the damage and carnage as done in The War documentary, you likely cannot appreciate in full what these brave people did to defeat Hitler and The Axis. Although you may want to turn away at some points because of brutality, the footage is real and these clips are from reality in those times. Hard to comprehend in our world today, but it’s a sobering reminder and look at our history. Civilians, children, babies, and soldiers. It’s all there, so just be prepared to turn away at some points if it’s too hard to handle.

If you’re expecting fast paced, you won’t get that. In my instance, I was fresh off watching “The Pacific” which is a different movie all together. The War by Ken Burns is a documentary. It’s not about actors. It’s about interviews, stories, facts, video and photos.

There are breathtaking accounts of the war from many veterans. I think it’s quite common for WW2 veterans to not speak about the war and their experiences in it. I think this is one of the special aspects of this documentary. There aren’t too many veterans being interviewed that it gets confusing or disjointed. These men open up and share a great number of details and stories that clearly paint a picture of what it was like. Of course we would never know unless we were there, but you can see the emotion and pauses that indicate just how much effect those experiences had on these men. This to me is one of the treasured aspects of this film. It obviously took a lot of courage for these veterans to open up as they did for this documentary, because you can clearly see that they had wanted to forget those feelings, memories and horror. I commend them for doing it so future generations can get a sense of what WWII was like. Not that we ever will, but first hand accounts such as these will go a long way in helping us to never forget.

When I mention that there aren’t too many veterans being interviews, I mean that in the sense that you are able to keep track of their stories throughout the documentary. The documentary weaves in and out of different locations of the war. The stories and interviews intertwine throughout, but there are some refreshers so that you can keep track of stories. The War takes a look at four American towns, their citizens and their stories.

I confess to hitting the rewind button on more than one occasion. When numbers are mentioned, perhaps it’s so hard to comprehend that I needed to hear it again. When you hear the loses of life in a given battle, it’s almost hard to imagine. As in, did I just hear that correctly? In today’s world, it’s simply impossible to comprehend the carnage.

The War by Ken Burns is more than just battlefield footage and fighting stories. This documentary looks at how life in America was affected. It looks at society and what happened during the war. It’s shocking and almost hard to comprehend the industrial aspect of World War 2 and how America changed into a country of producing weapons and equipment. It puts into perspective just how massive the war was and the fact that it affected everyone. This documentary is six blu ray discs so keep in mind that it’s not just heart pumping stories and footage from battle. It’s much more encompassing and as a result, you get a perspective on what WW2 really was and how vast the impact was. It was an incredibly collective effort but the entire country.

Although Hitler was the key figure in World War 2, this documentary doesn’t focus on Hitler much at all. That may seem a bit bizarre, but The War is about the people, the battles and the stories. It’s not a Hitler documentary, and that’s clear.

There are bound to be pieces on information in The War that make you shake your head. Perhaps you thought you knew something about WW2, but you will learn that what you thought was the case, was actually wrong. As years go by, I’m sure the accuracy of what people think happened, will continue to erode and become less accurate. Thanks to this film, the facts of the war will be preserved. There were 2 atomic bombs dropped on Japan. Did you know that? I’m sure most people forget or don’t know that Russia and the United States were allies in the war against Hitler and Germany. I would think even for the most educated folks on World War 2, there will still be new information and facts that you were unaware of. There is simply a wealth of information and education within these discs. The D-Day invasion of Normandy was what most of us think about. However, when you watch The War, you will realize that it was a tiny fraction of the effort and the losses. It was brutal, no question about it, but at the end of the documentary, I would be curious how you view the Normandy invasion and whether it’s the same as before watching.

Most people might associate WW2 as being a European fight, but as you see clearly in The War, the battle of the Pacific against Japan, was a fierce and deadly aspect of the war. The losses are staggering. I urge you to watch “The Pacific” after watching The War documentary as it will give you a better perspective on what The Pacific is all about.

Obviously in writing a review, I am supposed to offer an opinion if The War is worthy of a purchase. If you can handle the unedited photos and video of the carnage, then you will appreciate on a new level, what impacts World War 2 had on the world. You’re going to see things differently and you’re likely going to think differently. Until you see the full scope and the full picture, it’s hard to comprehend. Even then, you will be rewinding to double check whether you heard the death tolls correctly or not. The War by Ken Burns is chilling at times, but it’s a realistic and painful look at WW2. There is no way to sugar coat or gloss over the lives it affected. You see the pain in the veteran accounts, which will give you a much greater appreciation of what went on during those times.

If you’ve watched The War, I would be happy to discuss it with you in the comment section below. 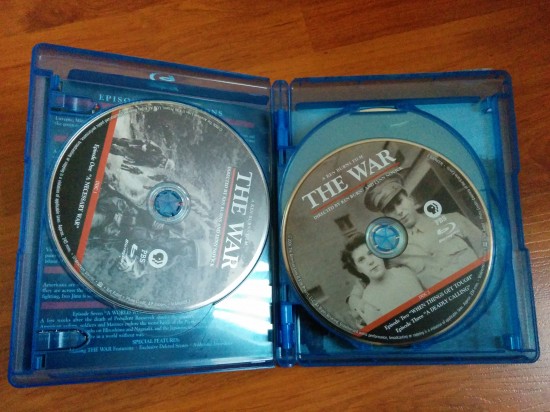 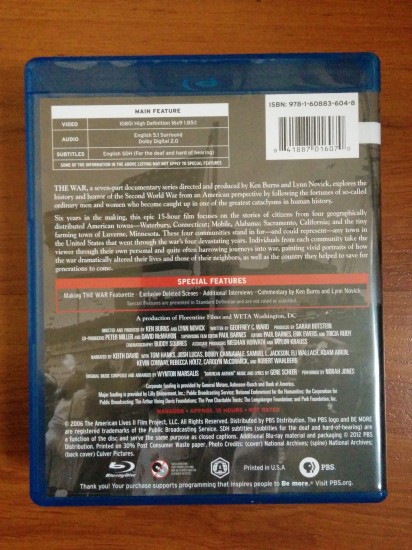 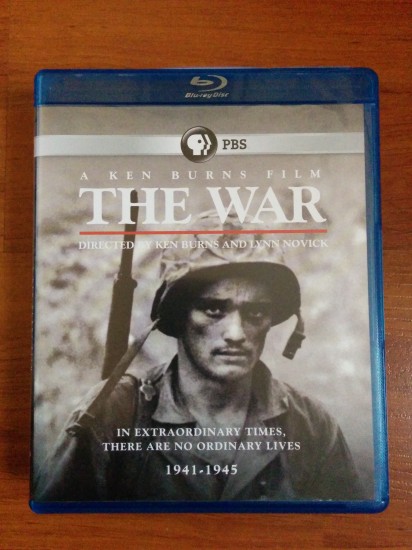 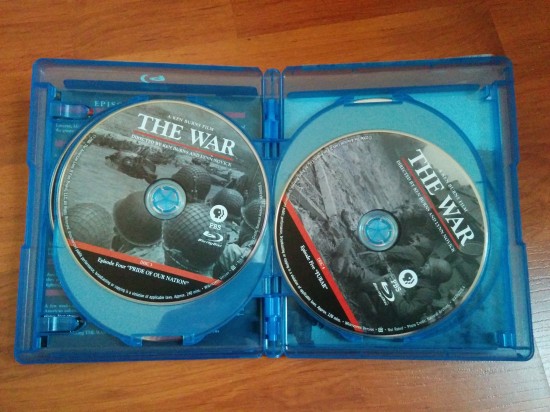